Press enter to begin your search

A Hull pharmaceutical consulting firm has announced plans to invest at least £5m over the next two years to transform a former Seven Seas warehouse in east Hull into a factory for the development of pharmaceuticals.

Fast growing firm, GMP compliance, had said that between £5m and £10m will be invested into the project in the next two to bring pharmaceutical production back to the site and employ 100 staff.

The warehouse has been empty since Seven Seas closed its Hedon Road site in 2015, but Giby George, managing director of the firm, said that he hopes the development helps to make Hull a hub for the industry.

He said that £1.5m has already been invested into the project, which GMP compliance is working on, alongside historic Hull firm Bill Draper.

Despite only starting in 2012, the firm has grown from two staff to 30, and hopes to employ another 100 when factory production gets underway.

The firm has now also been named one of the four best small business for growth in the UK, being named one of 4 finalists for the ‘Growth’ award in the Citi Microentrepreneurship Awards, funded by the Citi Foundation.

GMP has also recently invested over £600,000 into technical and systems development, capital equipment and training to develop skills and capacity with the support of loans from Chamber Acorn Fund.

Mr George said: “GMP has been successful so far so we are now venturing into manufacturing, with the factory we are starting up at the Seven Seas site.

“We want to bring this sort of pharmaceutical manufacturing back to Hull. We still have the large businesses but have lost the small and medium sized firms we once had.

“We have already organised to spend more than £1.5m on it, but are looking at spending £5 million to £10 million on the full factory.

“Hopefully in the next couple of years it will be able to start up, employing 100 people. We will be capable of making liquid medication and supplements at the site.”

Mr George has created the Aqua Seven brand for pharmaceuticals created at the site. He said his background, having worked for numerous years at RB, has adequately prepared the firm for this new venture.

“The company is fairly new. We’ve been running for about five years, and I started the firm the firm after leaving RB.

“I had the background in pharmaceuticals so decided to start up my own consultancy in the industry and we have grown from there.

“Because it is small, as these factories go, it means we will be quite specialised. My background is in pharmaceuticals and it is clear to me that there is a huge market for this sort of medication in developing countries outside the UK.”

GMP Compliance must now wait until 20 March 2018 to find out if it is a winner at the Citi Microentrepreneurship Awards ceremony in Glasgow.

The managing director says he believes there is a good market for new pharmaceutical firms to grow.

Mr George said: “Over the last ten or 15 years quite a few pharmaceutical firms have gone out of business, so there aren’t many small or medium sized firms, but we think that there is a good market there for those sorts of businesses.

“We actually employed a few people who had worked at Seven Seas, and have opened the operating office near to the factory site.” 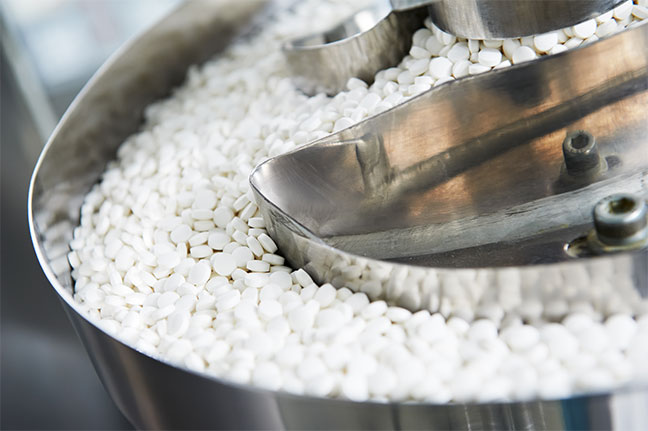